Beyond Red Roses: A Valentine’s Day Guide for Selecting Something Unexpected 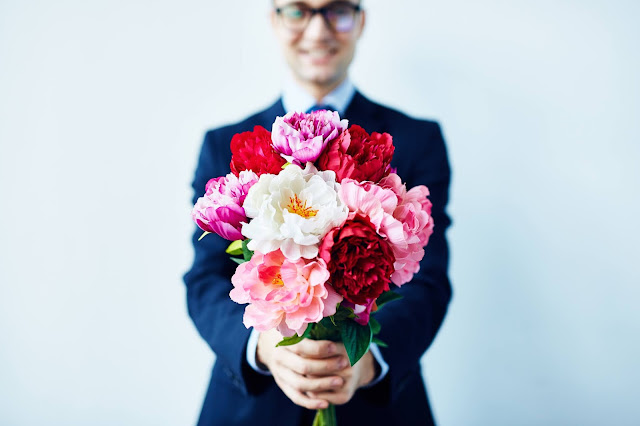 Valentine’s Day is one of our favorite holidays of the year because it is all about love and happiness! It is a chance to show loved ones – or those we secretly admire – that we think they are special, and we reward them with gifts to show our appreciation. On the surface, that sounds fantastic. We all spread love around and everyone gets presents, what could possibly go wrong? Well, a lot if you do not know what your Valentine’s expectations are and you underdeliver on an occasion that is practically set up on a tee for you to knock it out of the park. Couples celebrating their first Valentine's Day together without knowing the other partner’s expectations ahead of time could be headed for hurt feelings, or even disaster if they are not on the same page and the gift misses the mark. For those who do not know a daisy from a daffodil, we’re here to help you find the perfect gift of flowers for Valentine’s Day that should exceed just about every expectation. Although you should
Post a Comment
Read more

Illuminating and Ultimate Grey are Colors of the Year for 2021

For 2021, two colors – Ultimate Grey and Illuminating – have been selected as the Pantone Color of the Year. This practical color combination that was chosen for its ability to help us feel optimistic and uplifted while reflecting what is taking place in our global culture and inviting us to embrace the value of our differences. This year’s selection provides a stark contrast from last year’s Color of the Year, Classic Blue, a reflective blue tone evocative of the vast and infinite evening sky. As the global color authority and provider of professional color language standards, the color experts at the Pantone Color Institute comb the world looking for new color influences in order to select a new color each year. Pantone chose Illuminating as its 2021 Color of the Year first, only months later deciding to add a second hue, with the intention of them being seen and interpreted as a pair. What difference do these color declarations make? Plenty, because they are the colors you can e
Post a Comment
Location: 1111 NW 85th St, Seattle, WA 98117, USA
Read more 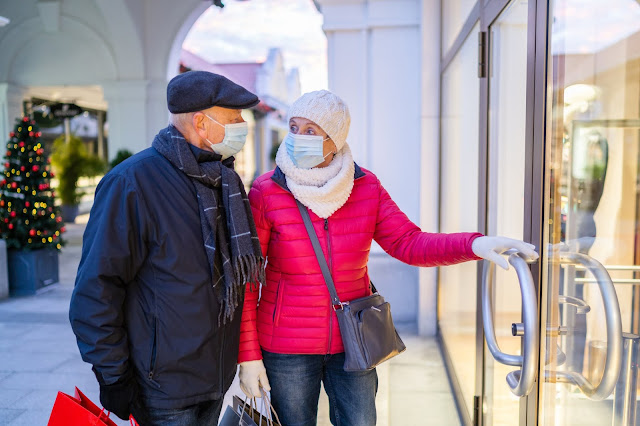 The good news is we have reached the end of 2020 – a year will forever be remembered by the unprecedented impact it had on our world. The reality is that the worldwide Covid-19 pandemic has ushered in many changes throughout every aspect of our lives, from how we live and work to how we interact and shop. The small-business owner, in many cases the heart and soul of a city or neighborhood, was hit particularly hard by the restrictions, mandatory closings and sudden rule changes that often left them scrambling to keep their lights on. Shoppers too were forced to adapt to new methods of procuring goods and services while trying to remain as safe as possible. There are many lessons to be learned from 2020, but perhaps the most important is refocusing on serving each individual customer and offering them the safest and most efficient way of shopping. When corporations like Amazon allow people to shop for nearly anything they can dream of and have it delivered to their door in two days,
Post a Comment
Read more

What is Mistletoe and Why do we Kiss Under it at Christmas? 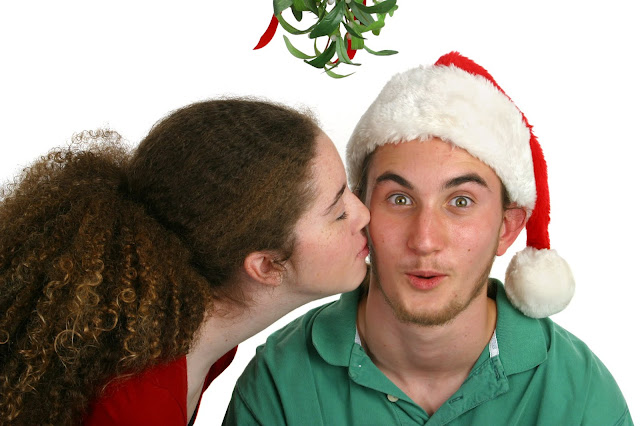 Greenery and plants including holly, laurel, boxwood bushes, poinsettias, pine trees and mistletoe, play important roles in many of our holiday celebrations. Kissing under the mistletoe is one Christmastime’s most romantic – and most unusual - traditions.  But what is mistletoe and how did it become such a fabled part of Christmas while being mostly ignored the rest of the year? Unlike most other holiday flowers , mistletoe isn’t exactly known for its beauty. In fact, the infamous yuletide plant is an invasive shrub that grows from the dung of birds and extracts nutrients from trees. While that may not be a glowing introduction to mistletoe, it does begin to explain why this plant has held people’s fascination for so long. While it is true that mistletoe is semi-parasitic and could eventually kill its host plant, it is generally not considered a serious enough threat, in most cases, to warrant control measures. In fact, there is evidence that the plant could have benefits for birds
Post a Comment
Location: 1111 NW 85th St, Seattle, WA 98117, USA
Read more 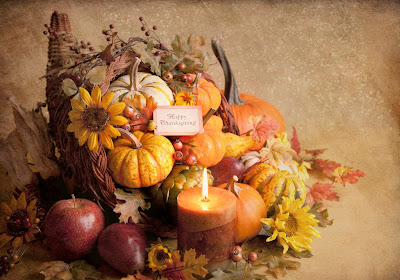 Ready, or not – the holiday season is upon us and Thanksgiving is less than a week away! Thanksgiving is a special holiday for many reasons, but what makes it so unique is the fact that it is the one major holiday where the meal is the main event. Not only that, but It is also the holiday that will set the tone for the remainder of the holiday season. So why not make it beautiful with a cornucopia of your own, or some Thanksgiving flowers from Ballard Blossom? According to lore, Thanksgiving began as the celebration of a bountiful harvest. It was – and still is – a time to reflect and give thanks through a meal shared with friends and loved ones. One of the most iconic symbols of Thanksgiving is the cornucopia. Typically hollow and made out of wicker in the shape of a horn, it is often called the “horn of plenty.”  Cornucopias represent an abundance of food and nourishment and serve as a visible reminder of the meaning of the holiday while also giving the table a finished, polished, lo
Post a Comment
Location: 1111 NW 85th St, Seattle, WA 98117, USA
Read more

Where Do Our Curious Halloween Traditions Come From? 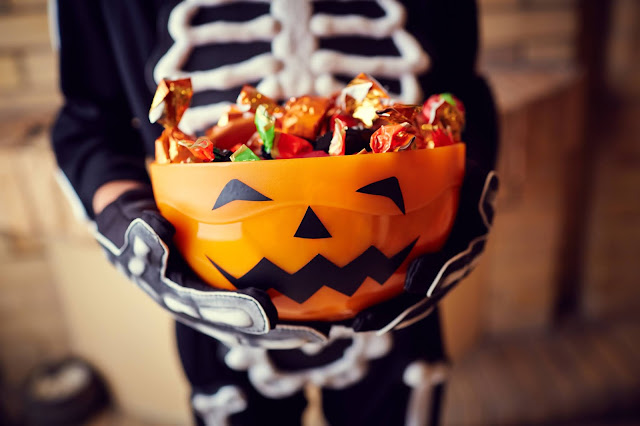 We love to honor tradition by celebrating holidays, especially ones with seemingly absurd origins which bring about colorful characters like the Easter Bunny, Leprechauns, Cupid, and Father Time. Halloween Treats with Balloon by Ballard Blossom, Seattle We typically don’t delve too deep into why these particular characters show up, or how they got to be so popular in the first place, because it’s more fun just to go along with it than to question every little detail. But sometimes you just have to wonder why every October we let our kids dress up as pirates and princesses and take to the streets of the neighborhood searching for sugary treasure. When left to the imagination, there aren’t many holidays that are more fun than Halloween . From carving pumpkins to trick-or-treating and haunted houses, Halloween has become a whimsical celebration of things that most people find scary or downright chilling any other time of the year. Carving jack-o-lanterns is a tradition that began several
Post a Comment
Location: 1111 NW 85th St, Seattle, WA 98117, USA
Read more

Need a Reason to Celebrate in 2020? Sweetest Day is the Best Holiday You’ve (Probably) Never Heard of 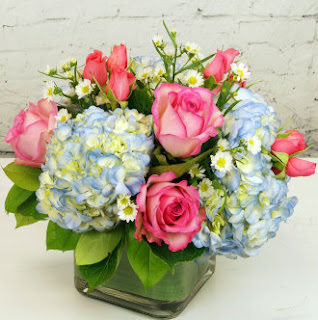 Everyone deserves a break after surviving the first three quarters of 2020 and we cannot think of better way to celebrate than donning our fanciest mask and enjoying Sweetest Day on Saturday, October 17 . If you are unfamiliar with Sweetest Day, you’re missing out one on of the best reasons we can think of to celebrate right now. Unlike holidays such as Christmas or Valentine's Day, Sweetest Day does not have a religious affiliation. It actually stemmed from a clever candy company employee named Herbert Kingston who promoted a holiday called Candy Day as a chance to bring happiness to those in society who were often forgotten. He enlisted the help of several friends, and together they distributed over 20,000 boxes of candy to "newsboys, orphans, old folks, and the poor" in Cleveland, Ohio. The Sweetest Day in the Year Committee was assisted in the distribution of candy by some of the biggest movie stars of the day including Theda Bara and Ann Pennington. The ide
Post a Comment
Location: Seattle, WA, USA
Read more
More posts